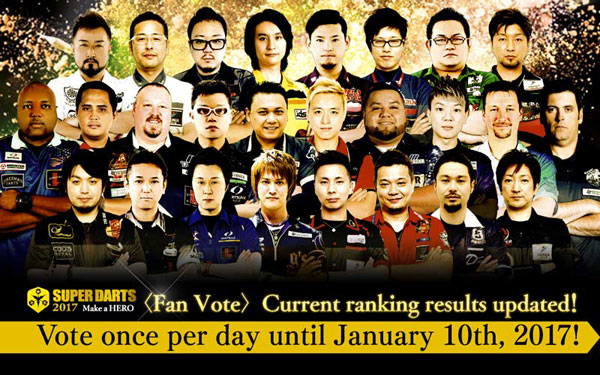 Currently, we are deciding the players for SUPER DARTS by fan votes.
On December 26, 2016, the current fan vote results will be posted on the SUPER DARTS 2017 official website!

This will be the last ranking update before final results are released.