2 campaigns for our happiness the year of the PIG!!

for 9 times to get the special 2019 (Pig) DARTSLIVE THEME 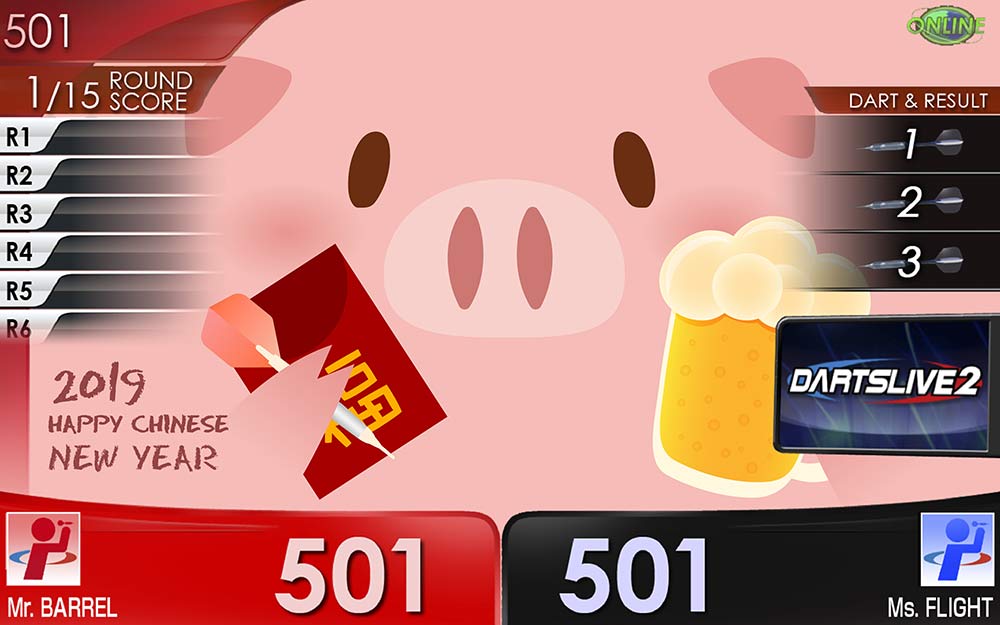 Note
•Only players who used their DARTSLIVE Card are counted.
•DARTSLIVE ASIA has the right to revise the contents of this campaign
•DARTSLIVE ASIA has the right to disqualified the players who cheated^ in this campaign
^Example for cheating
i. Each DARTSLIVE CARD played by multiple players
ii. Players play the games in an inappropriate way
iii. Players behave the violation of public morals or are judged to be fraudulent by the shop owner 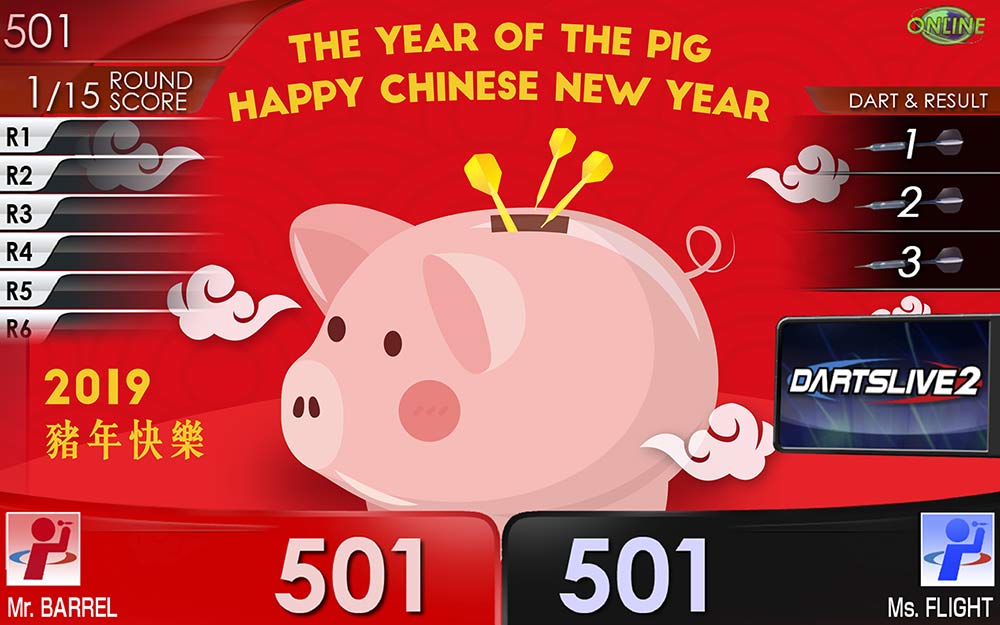 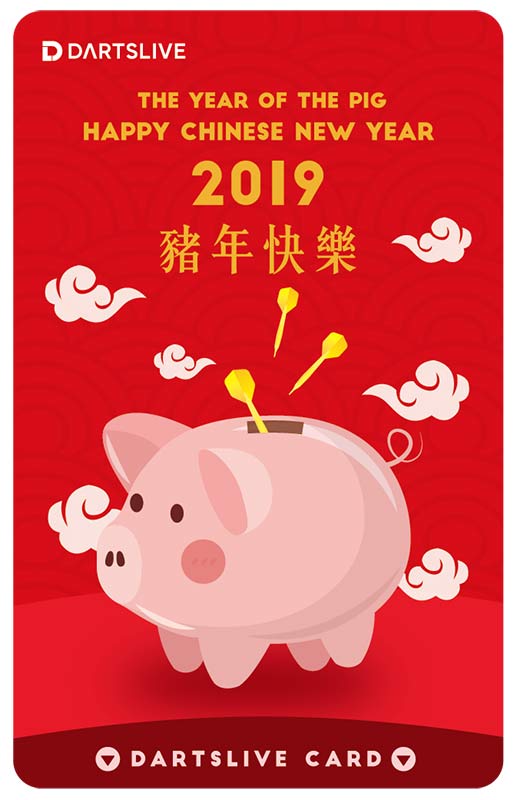 1. Like the particular post
2. Leave your best wishes in comment
3. Share the particular post
The lucky draw on live will be held on 22th February 2019 on DARTSLIVE ASIA Facebook Page! More than 30 gifts will be given to all players from the world this time, so stay tuned and don't miss the chance!

Terms and conditions:
1. Each participant is eligible for one prize only in this Promotion.
2. All winners are required to get the gift after answering one simple question.
3. DARTSLIVE ASIA Ltd. reserves the right of final decision.